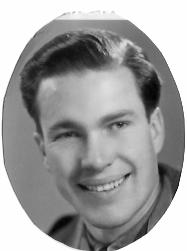 In Canada, where I was born and grew up, November 11 is known as Remembrance Day. It is a day set aside to remember those brave men and women who gave their lives for our freedom. Members of the Royal Canadian Legion sell poppies and almost everyone wears a poppy on their lapel in the weeks leading up to Remembrance Day. It is a statutory holiday and at ceremonies are held all over the country at the eleventh hour of the eleventh month honouring our war dead.

When I was a little girl on the morning of Remembrance Day my dad brought out his war medals and polished them in preparation for wearing them as he marched with other veterans in the parade leading toward the cenotaph. Shortly before eleven o’clock the bugler would play The Last Post and the last mournful note signaled two minutes of silence.

In 1983 when I was twenty-four years old I donated my money to a veteran in the Aberdeen Mall and gently lifted three red poppies from his tray. Dad had died suddenly two months earlier and I was still grieving the loss of the man who had loved me unconditionally and called me his Princess. I led my two children, Laurinda and Michael—then five and three—to the side of the busy mall and knelt in front of them and pinned a poppy on their jackets.

“This is to remember Grandpa.” I told them as I fought back tears.

In later years Michael marched proudly with his Cub Scout pack toward the cenotaph on Remembrance Day and as I stood shivering in the cold November morning I imagined Dad marching right alongside of him—as proud of his grandson as I knew he would have been had he lived long enough for the day.

I live in the United States now and the American Legion doesn’t sell poppies like their Canadian brothers do. I saved one from when we lived in Canada and I will pin it on my lapel before I head out for the day today. I remember all those who made the ultimate sacrifice for us and I remember my dad.

Linda Hoye is a writer who still misses her dad twenty-eight years later. She lives in Washington state with her husband and their two doted-upon Yorkshire Terriers, but Saskatchewan, Canada, will always be the home of her heart. Linda blogs at A Slice of Life Writing.

This entry was posted in Linda Hoye and tagged Family, Fathers, Reflection, Sons. Bookmark the permalink.